African expansion and what it could mean for your business! 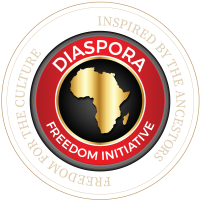 The future of business is Africa!

You may not realize it, but Africa is experiencing a major expansion. It’s the second fastest growing region in the world and its population of 1.2 billion people can’t be ignored.

In fact, Africa has been undergoing significant economic growth since 2000, driven by rising productivity and trade in services. This growth has been attributed to rapid urbanization as well as increased investment in infrastructures such as roads, railways, and telecommunication networks. For example:

If you are looking to set up a subsidiary in Africa, Kenya is an excellent choice. It has a strong economy, is a member of the African Continental Free Trade Area (AfCFTA), and is also a member of the East African Community (EAC). Additionally, Kenya’s economy is growing at an annual rate of 6 percent.

If you’re still not convinced that Kenya could be good for your business—here are some more reasons why it might be:

Kenyan Domestic Company is a company that is incorporated in Kenya. The company must have a minimum paid-up capital of KShs. 100,000 and an authorized share capital not exceeding KShs 1 billion, with the exception of banks or financial institutions where the limit is set at KShs 20 billion.

The following are some of the products and services offered by Kenyan Domestic Company:

The African Continental Free Trade Area (AfCFTA) was created in 2017 to promote trade between African countries.

The free trade area allows goods to be traded within the continent without tariffs, which means that businesses will be able to sell their products more cheaply and efficiently. This is a huge benefit for entrepreneurs who have been looking for a way to expand their business into new markets.

AfCFTA also works as an umbrella organization for other agreements like the East African Community Customs Union and COMESA, providing support and leadership for all these groups as they work together toward common goals.

Kenya has a long history of land ownership, starting with the Maasai tribe’s use of the land as their own. It was only after World War II that Kenya began to develop its current system of land ownership and registration. The system that was developed is considered one of the most sophisticated in Africa, due to its robust records and registration processes. Kenyan landownership is also expanding rapidly across multiple sectors including agriculture, tourism, and business development.

The Kenyan Qualified Investor Certificate is a government-issued certificate that allows you to invest in certain businesses. To qualify for it, you have to meet certain criteria:

Once you’ve obtained your certificate, there are many ways to use it! You could:

Kenya is a good place to invest in construction, and it will only get better with time. Kenya has an excellent labor force that can build your business warehouse or factory for pennies on the dollar.

Kenya’s market is also very strong, so if you want to sell products in Kenya and other African countries then now’s the time to do it!

The Kenyan-United States Free Trade Agreement was signed on June 15, 2017. The agreement will remove trade barriers between the two countries and make it easier for KEN and US firms to do business together.

Both sides will benefit from increased opportunities for the export of goods and services. In addition, an estimated 1 million jobs are expected to be created over the next ten years due to growth in trade in goods and services between Kenya and the United States of America.

The future of business is Africa!

What does the future hold for business? The answer is Africa!

Africa has a long history of being an economic powerhouse, and its growth potential is only beginning to be realized by the rest of the world. It’s a place where you can make a difference, build your career, and build your business.

If you want to get involved in this exciting new frontier for business, then join us!

I’m sure you can see that there are many exciting opportunities for your business in Kenya. As Africa’s population continues to grow and develop, there will be more consumers and workers looking for things like food, clothing, and shelter. This means that businesses around the world have an opportunity to expand into Africa by selling their products at a lower cost than would be possible elsewhere (like China).

Am a kenyan citizen and I totally agree to what Diaspora Freedo Initiative has written, if you need to invest in Africa then you need to come to Kenya where work force is available and the market is good since other East Africa countries come to buy and market their product. So far the business is one of the largest area where kenya depends on.

An Informational look at Revocable versus Irrevocable Trusts
Previous Article

Built on the caliber of our culture of excellence!

No products in the cart.